So we’re at the point now, as March draws to a close, whereby most people have completely given up on those New Years Resolutions that they made as 2018 came in. They’ve opted to snooze rather than workout; eaten donuts instead of salad and hidden themselves away from things that scare them, in favour of a more comfortable, safe life in the comfort zone.

No Judgement here. I’ve been guilty of all of these things, many times in combination, year after year. Repeating the same cycle of optimism, hope, motivation and willpower followed by guilt, anxiety, depression and self-defeat. Again and again.

Realising this, and inspired by a Tim Ferris TED talk (I know. I don’t like me either!), I decided last year that it was time for an alternative approach. So as 2017 hit, I wrote down a few things that I was really, really scared of, and decided to tackle them.

This was really easy to do – I’m scared of most things.

The main one was a fear of driving to new places and into big cities. I’d passed my test ten years ago. It took 5 attempts and a great deal of stress – but I did it – I was free to go wherever I wished. Only… I realised I was still afraid. I came to a point where I realised that this was putting a strain on my relationships; with Mr. G, who was sick of the arguments when he suggested sharing a drive; with my friends, who I’d promised to visit or drive somewhere, but then backed out of; with myself – this version of myself was entirely in conflict with the brave and independent person I wanted to be. I’d had enough. 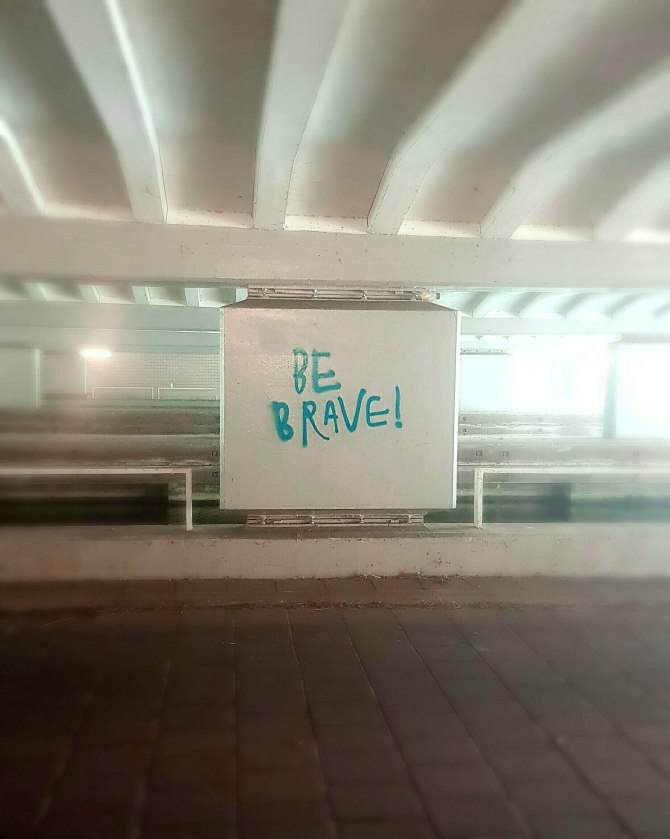 So – I decided that I’d take every possible opportunity to drive anywhere and everywhere.

Inside my mind was like a computer game – each time I drove, I was like Crash Bandicoot, leaping up into gold stars. The further I drove, the bigger the city, the more unknown the place, the more ding, ding, dings I heard. When I had a weak moment, Mr. G (who knew my plan) stepped in to remind me that I had promised to face my fears.

A year on, I can’t even remember what I was worried about!

I have driven alone and with passengers all over the country, hundreds of miles away. And I’ve grown to love it.

What I didn’t know at the beginning of 2017 was that I’d wind up leaving my permanent teaching position and earning a living through supply teaching. This involves driving to new places, from inner-city schools in rush hour morning traffic to remote leafy-lane schools out in the middle of nowhere, often on 5 minutes notice. This is actually one of the best parts of the job! Every visit to a new school is like a mini adventure.  Who knows how my perspective might have differed if I hadn’t set this challenge at the beginning of last year. Would I even have had the courage to leave my job?

I’ve been thinking and writing about exposure therapy and facing fears over the last few days. This approach is an extension of exposure therapy, for people who like an organised, written and planned approach. If you’re looking for more inspiration, I’d recommend watching Tim Ferris’s ‘Fear-Setting’ TED talk here for more information in how to structure this.

Once you have decided on the fears that you’re tackling and written that down, I’d place a reminder of this in a place where you’ll see it. Humans are hardwired to avoid pain and discomfort. If you don’t remind yourself regularly that you’re actively seeking these challenges, then you’ll very likely retreat back to your comfort zone.

It’s also wise not to set too many so that you’re setting yourself up to fail. Whittle down your fears to their base level so that you can work out how to tackle them. For example: fear of public speaking and going out without makeup on might seem worlds apart, but for me they’re both about my fear of not ‘being perfect.’ I’m afraid of being judged as ‘less than’ by others, and by myself, and feeling embarrassed and disappointed in myself as a result.  More on this tomorrow!

Have you given up on your New Years’ Resolutions, or are you still going strong? Might the Fear-Setting approach work for you? What might you try? Comment/Share below: